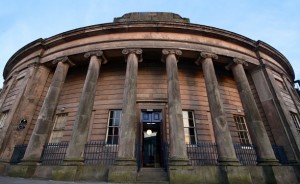 Novelist and commentator Michael Bracewell will be in discussion with author and critic Lynne Tillman about her approaches to writing fiction, and art and cultural criticism. They will discuss Tillman’s unique approach to criticism, focusing on her decision to use characters and write narratives as analogues to contemporary art. An example of this is her story Madame Realism Asks: What’s Natural about Painting? which appeared in Art in America in 1986 in response to a Renoir exhibition.

Doors open at 6pm with drinks at the bar, and the event starts at 6.30pm.

Michael Bracewell is the author of six novels and three works of non fiction, including Pefect Tense (2000) and England Is Mine (1997). He writes widely on modern and contemporary art, and his recent publications include Richard Hamilton: Late Works and Damien Hirst Beautiful Inside My Head Forever. He was co-curator of The Dark Monarch: Magic and Modernity in British Art at Tate St Ives in 2009 and The Secret Public: Last Days of The British Underground 1978 -1988 (Kunstverein Munich/ICA London 2007). He is a regular contributor to Frieze and The Burlington. Michael Bracewell’s selected writings on art, The Space Between, edited by Doro Globus, was published by Ridinghouse, London in 2012.

Lynne Tillman is a novelist, short story writer, and critic. Her most recent novel, American Genius, A Comedy, was cited as one of the best books of the Millennium (so far) by The Millions. Her other novels include Haunted Houses, Motion Sickness, Cast In Doubt, and No Lease On Life, and a collection of stories and novellas entitled This Is Not It, written in response to the work of 22 contemporary artists. She has published four nonfiction books and this past April, her second essay collection, What Would Lynne Tillman Do?. Tillman writes a bimonthly column for Frieze art magazine and her critical writing has appeared in Artforum, The Guardian, Art in America, and The New York Times Book Review.

Drinks With… is a programme of lectures and screenings. These specially commissioned events by writers, artists, filmmakers, philosophers and cultural critics extend and continue the key curatorial themes of the Liverpool Biennial exhibition A Needle Walks into a Haystack. The events take place in a Victorian lecture theatre at The Liverpool Medical Institution and are followed by drinks at the bar.