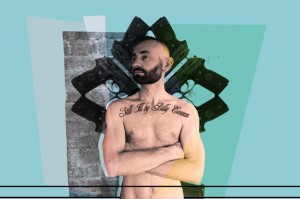 A tragic love story between ‘the jumped up pantry boy’ and the ‘boy with the thorn in his side’ comes to Liverpool’s Lantern  as part of Homotopia Festival.

Still Ill is an award-winning new play that explores the legacy of the peace process in Northern Ireland and the music of The Smiths. It is a blistering drama that involves gay paramilitaries and gives an honest assessment of Ulster ten years after the signing of the Good Friday Agreement.

The play has already gained prestigious esteem, despite this being the first time that it is produced; in 2010 it won the International Playwriting Award run by Warehouse Theatre in Croydon and it also received a Special Commendation at the Verity Bargate Award – one of the most prestigious playwriting competitions in the country.

The play is due to be published with a foreword by National Theatre of Wales artistic director, John McGrath.