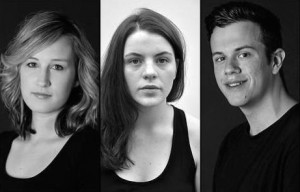 A family is waiting for a daughter to arrive home after years in Australia, but she is taking her time and the waiting is becoming tedious.

A play by Caryl Churchill that explores both the absurdity and monotony of every day life.

Winner of the Lawrence Olivier Award, Caryl Churchill is known for her non-naturalistic writing style. She has been highly influential as both a dramatist and feminist playwright within the last century.

Heart’s Desire embraces her recognised style of writing, whilst also breaking the conventions of naturalistic narrative. Although Churchill has written the play to have an ultimate outcome, the non-linear journey is repetitive, monotonous with random bursts of the absurd.

Quintus’ resident actors, Jessie Harris, Lesley-Staum Lewis & Nick Wright are excited to embark on the challenge of bringing Churchill’s play to life through an engaging and comedic performance.