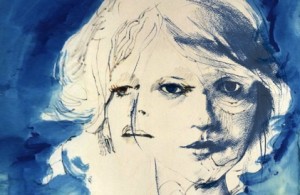 Italian born actress Roberta Laguardia makes her Liverpool stage debut in one woman show Franca, the result of research work on the figure of Franca Rame, the most innovative female figure in Italian theatre of the twentieth century.

The performance looks deep into the heart and soul of the actress, in a fine example of a woman on the front line of the battle for civil rights, looking at at women’s rights and sexual violence against women, a subject matter that could be considered more relevant today now that the term “rape culture” has entered our social vocabulary. Dario Fo and his son Jacopo have given Laguardia the seal of approval on the challenging project. So much so that they have officially authorised for Laguardia the rights to perform the play.

Roberta Laguardia was born in Rome where she graduated from the Academy of Dramatic Art Beatrice Bracco. The actress has spent many years working around the world gaining experience acting and directing.

Lantern Theatre Liverpool: The Rise and Fall of a Northern Star