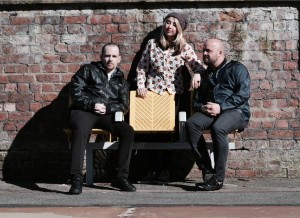 Wednesday- Special Offer: two for the price of one.

“It’s not the comedy that’s on trial,” says Gavin, “it’s the audience.”

As 10yr olds they won the biggest TV talent show of the day and were hailed as the next big thing. Fast forward twenty years and the comedy duo Lemmon and McGarvey are now in their 30s, broke, living on past glories, and bottom of the bill in whatever dive will still hire them. Then, along comes fellow comedienne Jose, with the offer of a lifetime. But will it make them or break them?

Written and Directed by Drew Quayle, writer of The Salon (“The Cream of Liverpool’s playwriting fraternity can now add another name to its list, that of Drew Quayle” The Stage) and staring Keddy Sutton, late of The Globe Theatre and star of National Theatre Production, Beyond Our Ken; Daniel Hayes, star of the critically acclaimed play, Waiting For Brando; and John Sweeps May, co-star of upcoming Damien Lewis film, Will, and the face of the Bet Fred commercials.

Tickets can be purchased via the Lantern Theatre: