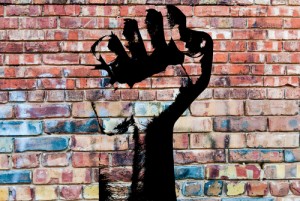 A rehearsed reading of a play considered too radical for West Belfast premieres at this year’s Liverpool Irish Festival.

The year is 1993. An IRA ceasefire is in the offing and ex-prisoner Dan McCrory is sent to a small catholic enclave, which has been plagued by petty crime. His mission is to establish a “Concerned Residents Committee”, and the ground for an election campaign, which will follow the cease-fire, which he knows, is imminent. While carrying out the punishment of a local “Hood”, however, he finds out something he’d rather not know, something that throws a shadow over his whole future.

Stephen L. Smith was born in Holywood, Co.Down. Having studied in Dublin, Florence and Berlin, he became a political and community activist for thirty years in Ireland. He lived and worked in Liverpool for fourteen years where he wrote and produced two plays, which have been staged in Liverpool and Manchester.

This rehearsed reading will be followed by a Q&A session, the performance will be developed and performed at Lantern Theatre Liverpool in November.