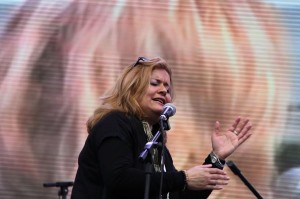 Liverpool will once again welcome a host of international and UK based artists, performers and commentators to showcase the breadth and richness of contemporary and traditional Arab culture. This time, the programme has been selected to the theme Shaping Change: A work in progress, an exploration of how Arab communities worldwide are responding to contemporary changes from within.

A whirlwind 9 days of music, dance, visual art, theatre, literature and family days will be tied together with in-depth discussion events, Q & A’s and artists’ talks. Organisers have revealed more information about the keynote discussion event, presented in partnership with Savera Liverpool, Symposium Shaping Change: Women, Culture and Art, taking place at the Bluecoat on Monday 8 June. The symposium will explore what happens when female creative aspirations breach the boundaries of cultural norms.

Facilitated by Nazir Afzal OBE, former Chief Crown Prosecutor for the North West of England and London, and a tireless campaigner on issues relating to women’s rights, the event will present a mix of moving personal accounts and professional and academic perspectives.

Highlights of the festival include the ever-popular LAAF Family Day at Sefton Park Palm House on 7 June and Arabian Nights on 6 June- a special evening of Middle Eastern food and live traditional and modern Arabic music and dance, including performances from the Nile Band and Michael Hana.

The Big Sunday closes the festival at the Bluecoat on Sunday 14 June featuring an extravaganza of music, dance, literature and food from the Arab world. Boundary breaking percussionist Simona Abdallah, who also performs at the World Museum on Saturday 13 June, returns with her fusion of ancestral Arabic rhythms, House, Electronica and World music. Al Awadhel Band will entertain audiences with traditional music from Yemen, while Egyptian singer/songwriter Nadya Shanab fronts world fusion band Aziza, blending Arab and Western sounds.  There will also be a vocal performance from the young people of Liverpool Arabic Centre. 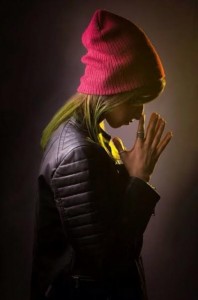 Elsewhere, both traditional and contemporary dance enthusiasts are well catered to. Audiences will enjoy a kaleidoscope of movement and colour at ‘Club Orientale’ on Tuesday 9 June at the Unity Theatre, while the Museum of Liverpool Atrium hosts Performance 55 – the first creation by mesmerising Moroccan choreographer and dancer Radouan Mriziga, on Saturday 13 June.

Audiences will also have opportunities to explore ancient, Arabic storytelling traditions. On Saturday 6 June at the Bluecoat, Robert Irwin, an expert on Arab literature, will give a fascinating talk on Tales of the Marvellous and News of the Strange – a unique Medieval Arab fantasy collection. Discovered in a single, ragged manuscript in a library in Istanbul, this is the earliest known collection of Arabic stories most of which have never been read in English before. Ancient Routes is a live performance, bringing Arab, Kurd and Yazidis, stories and music to the Unity Theatre on Wednesday 10 June. Accompanied by music from across the centuries, Alia Alzougbi and Louai Alhenawi share hidden treasures of the Arab region in an evocative evening of storytelling and sound.

On Thursday 11 June, at the Bluecoat, LAAF brings together two celebrated Yemeni poets.  Hamdan Dammag, novelist, journalist and award-winning poet will perform poems from his published work (Arabic) while Ameena Atiq, born in Yemen and raised in Liverpool, reads from her work, poetry inspired by images.  Ameena will recite in English. Each poet will discuss their work and will be accompanied by music from flautist Louai Alhenawi.

For a taste of things to come, a special preview event, organised in partnership with Liverpool 1578 and Granby and Toxteth Development Trust, will take place on Saturday 30 May at the Bath Site on Lodge Lane. The whole family is welcome to this fun, free open air event, featuring Birmingham Yemeni Musical Group, Aziza, up and coming artists from Liverpool Arabic Centre, and local Brazilian drumming group Katumba.

For the full programme and to book tickets visit www.arabartsfestival.com