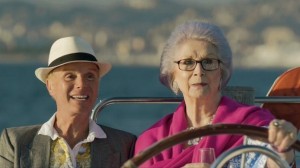 This powerful documentary directed by Michiel van Erp gives us privileged and rare access to some of the first generation of trans* women. In the mid-1950s to early 1960s these pioneers visited ‘miracle doctor’ Georges Burou at his practice in Casablanca. This group of five women can now look back on over 50 years of life as trans* and their journey back in time gives us a real sense of how their lives changed. Among the stars of this fascinating film are April Ashley MBE and some other performers who originally met as professional female impersonators at the famous Parisian nightclub, Le Carrousel. No other film has covered this ground in such depth and with such skill.

Unity Theatre: David Hoyle – In the Company of Friends