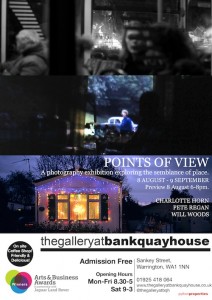 Please join us for the private view, and meet the artists involved, as we celebrate the launch of the exhibition.

The three groups of work on show suggest the semblance of a place – the idea of an image or idea being conveyed to the viewer through
fragments of visions from each artist, a claiming of a zone or a representation.

The idea of photography as a tool for documentation is subverted when viewing the works together; a sense of an incomplete story or a
cropped view of a landscape intrigue and encourage questioning of these reproductions of space and object.

Charlotte Horn’s work concerns the idea of fabrication and reproduction, and the layering of 35mm slides to create an altered study of an established perspective. The subtle layering of transparencies condensed into one flat photographic image creates understated yet intriguing shadows, colours and suggestions of shape throughout the image, and questions the truth or exactness of the viewer’s gaze.

Pete Regan positions the viewer’s perspective in often strange and unexpected positions and angles, choosing to focus on one part of the image rather than another, a small area of detail in the background rather than the whole picture. The focus on a window as a frame rather than a functional commodity, only showing us a small patch of the outside world as opposed to its place in the fabric of the house, offers a fragmented view of a small area of our landscape.

Will Woods’ work focuses on ‘responses made to unfamiliar locations’, with each scene feeling stark and minimal upon first look, before the viewer’s eye adjusts to a rich study of the chosen landscape. Each photograph is a lesson in the idea of the photographer  controlling what we, the viewers, see, through the feeling of watching an event unfold in a static scene, or the persistent wonder of what is on the peripherals of the image. 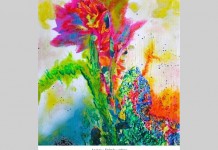 Gallery at Bank Quay House: MADE IN para:dise by Jenny Drinkwater 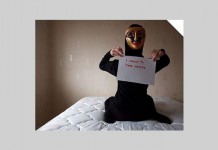 The Gallery at Bank Quay House: I Am Awaiting The Arrival of Night

Gallery at Bank Quay House: MADE IN para:dise by Jenny Drinkwater

The Gallery at Bank Quay House: I Am Awaiting The Arrival...