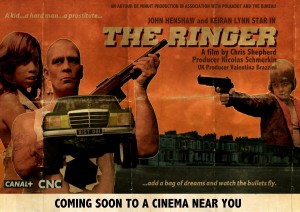 Smash London film night Bar Shorts comes to Liverpool for an extra special screening. Like a momentary sweep along the optics, Bar Shorts is a delicious pick and mix of shorts. Ranging from the scary to the sublime, the stupid and the sweet.

There will be a film screening of The Ringer, a hybrid film starring John Henshaw.

Frederik’s: Think Cinema presents: The Blood Of a Poet