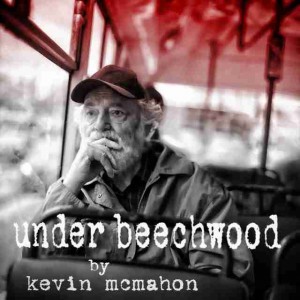 9 July 2013
19.30
£5
Melrose Hall
‘Under Beechwood,’ Kevin McMahon’s new play, portrays the lives of the citizens of Beechwood, Birkenhead, over a day, taking the audience from dawn to dawn in a journey packed with images and character – with a nod to Dylan Thomas’ famous radio play, ‘Under Milk Wood.’
‘Under Milk Wood’ was first broadcast as a radio play in 1954 and ‘Under Beechwood’ will take the form of a radio play reading for its premiere at Melrose Hall, with a question and answer session afterwards. Writer Kevin McMahon fully intends to develop the play for a full stage production.
Says Kevin: ‘2014 is the anniversary of Dylan Thomas’s birth (27 October 1914) so the timing for my play couldn’t be better.
‘The idea for an updated version of Milkwood came from festival director John Gorman who suggested I might be the person to write it after seeing my performance of Therapy another piece I had written.
‘Although I use Beechwood Estate and Birkenhead as a reference point, the events and people are fictional. During the play you are guided by a narrator into the houses and the thoughts and dreams of the residents of the estate. Their tragedies hopes and humour are all there. Some character speak in poetry and there is music too. As Dylan Thomas said to the cast of the first stage performance of Milkwood ‘Just love the words’.
Kevin is an award winning filmmaker an actor writer and photographer and has worked extensively in the arts since 1992. He is drama school trained and has degrees in performing arts and media studies.
http://www.festivaloffirsts.com/