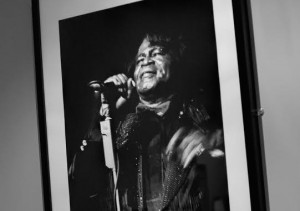 Mike McCartney invites us to share his special relationship with some of the greatest rock and roll stars of past and present.  He photographed at such venues as the Tower Ballroom in New Brighton and Liverpool’s famous Cavern Club. The flash gun he used when photographing these acts onstage earned him the nickname “Flash Harry” from Beatles’ manager Brian Epstein.

His photographs show various aspects of the rock-star lifestyle, from the adrenaline of Little Richard onstage, to a considerably more relaxed Graham Nash snoozing on a train. Other musicians captured by McCartney’s lens include Gene Vincent, Jerry Lee Lewis, Sandy Shaw, Jeff Beck, Grace Jones, Kaiser Chiefs and Alice Cooper. These photos are placed side by side with Mike’s brand new set of cartoons – The Weirdos.