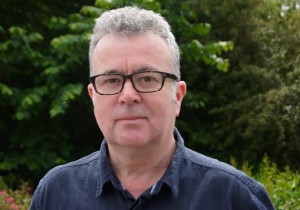 ‘Tim – an ordinary boy’ is a powerful one-man play by Liverpool-based writer Stephen Regan. It’s adapted from the memoir of the same name by Colin and Wendy Parry, who lost their 12-year-old son Tim in the terror outrage.

Another fatality of the attack on the town – on Saturday 20 March 1993 – was three-year-old Johnathan Ball.

The play – to be staged at Melrose Hall, Hoylake – tells of the huge emotional impact on the Parry family, including Tim’s brother Dominic and sister Abbi. It also tells of the massive outpouring of sympathy and public goodwill that emerged – in Britain, Ireland and around the world – after the bombing in Warrington’s shopping centre.

The drama reveals the extraordinary involvement of major public figures – including Presidents, Prime Ministers, and the late Northern Ireland Secretary Mo Mowlam – in the events that followed the bomb attack on Warrington. The current deputy First Minister of Northern Ireland, Martin McGuiness, is also mentioned as the play unfolds.

‘Tim – an ordinary boy’ carries an ultimately uplifting message that reconciliation and peace-building really can work … however unpromising the starting points.