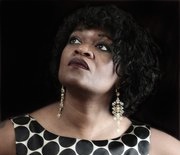 Tickets are £5 for each event

The Festival of Firsts will present a week of  innovative theatre each year and to showcase new writing.