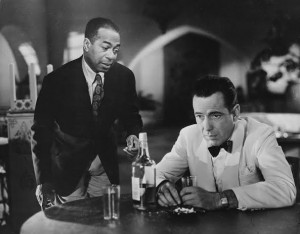 In the mood for love?

FACT are hosting a special season of romantically themed films this Valentine’s weekend from 14 – 16 February. There will be a range of films, from new releases, to a screening of the classic Casablanca, to mark its 70th anniversary.

Film listings as below:

Breakfast at Tiffany’s is a classic adaptation of the Truman Capote novel with Audrey Hepburn as the Manhattan callgirl Holly Golightly who has an on-off relationship with Peppard’s writer, who is himself juggling an affair with a wealthy patroness.

Would you really want your child to grow up to be a politician? Can you imagine what the neighbours might think?

This Valentine’s Day, join us for a workshop which explores the darker side of work. In an age where social media and sites like LinkedIn make work more visible than ever, it sometimes feels like everyone’s job title is on display for the world to see but there are still lots of types of work which are hidden, socially unacceptable, or both.

Inspired by the vintage footage in Harun Farocki’s film, Workers Leaving the Factory, retro hair stylists Carl Brown and Amie Russell from Russell and Brown will be creating vintage hairstyles in the FACT foyer. No cutting, or washing involved, just labour-perfect locks ready to show off around the Time and Motion exhibition!

Colourful characters abound in World-War-II Casablanca, a waiting room for those trying to escape war-torn Europe. Bogart plays Rick Blaine, a cynical but good-hearted American whose café is the gathering place for everyone from the French police to the black market to the Nazis. When his long-lost love, Ilsa (Bergman), appears with her Resistance leader husband, Victor (Henreid), Rick is pulled into both a love triangle and a web of political intrigue. Ilsa and Victor need to escape from Casablanca, and Rick may be the only one who can help them.

Adam (Tom Hiddleston) is a reclusive vampire who has come to the conclusion over the course of the centuries that, for humanity, “all the sand is at the bottom of the hourglass.”

His wife Eve (Tilda Swinton) lives in Tangier, swigging bags of hospital blood with
the 16th-century playwright Christopher Marlowe (John Hurt). Adam and Eve reunite in Detroit, but the arrival of her sister Ava (Mia Wasikowska) threatens to shatter their secretive world.