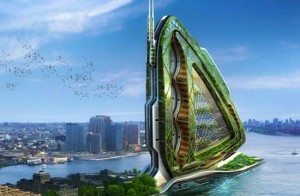 It has been estimated that by 2050 nearly 80% of the earth’s population will live in urban centres, and the population will have increased by 3 billion people. These estimates paint a very dire picture, not least for the future of farming and food. With a massively increased population comes the need for a huge increase in land for growing crops, yet this land is fast running out. Recent developments in farming methods are allowing us to build highly efficient, high density farms, utilising state of the art architectural and computational technologies in response to the growing need to produce significantly more food in the coming years with far less land availability. This mini conference addresses these issues, focusing on the Vertical Farm as a starting point to discuss the many scientific, political, philosophical and ethical issues that this new technology raises. Speakers will be selected from a wide range of research areas and asked to respond to the question of vertical farming and the future of food.