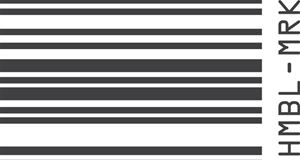 Part performance, part experience, Trade Secretspresents us with an universe threatened with complete control. Using the lens of the marketplace to ask, “What do we really trade? What should be traded? And what cannot be bought?”

Trade Secrets is inspired by the spectacular rise of Brazil as an economic power and the trading cities of the Northwest in the UK and Southeast in Brazil. Through a choreographed journey of interactive vehicles expect intimate provocations that confront us with the follies of mass consumerism. The Humble Market: Trade Secrets is presented as part of the Abandon Normal Devices festival, which is taking place across the region in 2012.

Embark on a facilitated tour for the Trade Secretsexperience. These choreographed tours will take place every 15 minutes during gallery opening hours and can be booked on the day only. Groups are able to book in advance by emailing info@fact.co.uk or calling 0151 707 4464.

Trade Secrets forms part of a trilogy of events experimenting with digital interfaces and telepresence in an artistic, theatrical and participatory context, connecting the UK and Brazil. These events culminate during the finale for the Cultural Olympiad between 7-9 September at the WE PLAY expo in Preston.