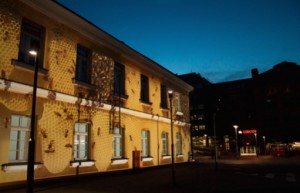 The artists’ crowd-sourced storytelling platform Telepuppet.tv tries to break the borders for immigrant communities and begin a dialogue on the reasons for immigration between Europe and the rest of the world

For this project, Momeni and Dehghani embed tiny cameras in puppets which then travel to the Middle East, collecting content and streaming stories through live projections and video feeds.

During the residency in Liverpool, the artists made contact with the local Iranian community and interviewed individuals to understand more about their personal stories. He asked about the countries they left behind and in particular the things that the migrants were missing or were proud of. His puppets then travelled to these locations, documenting the sights and sounds of the places that are special to Liverpool’s Iranian community.

This footage will form part of a live performance featuring the puppets and the films made on their travels! The audience in Ropewalks Square will also be invited to join in with the show.

Fact: The value of local people in placemaking