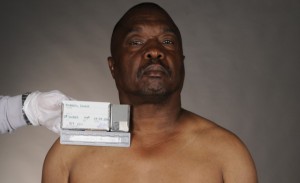 Nick Bloomfield’s Tales of the Grim Sleeper will show at Picturehouse at FACT, with the filmmaker in attendance to answer audience questions.

Broomfield has built a career on indepth crime investigations (Aileen Wuornos: The Selling of a Serial Killer, Biggie & Tupac) which also raise questions about gender, race, and class inequalities in America.

His newest project, which was shot by son Barney, sees him bare down on the South Central Los Angeles serial killer known as the Grim Sleeper, whose string of murders spanned twentyfive years.

Lonnie Franklin Jr. was arrested in 2010 as the suspected murderer of a string of young black women, with police hailing it as the culmination of 20 years of investigations. Four years later, Broomfield returns to the alleged killer’s neighborhood, enlisting a former prostitute to help him get to the bottom of the story.

You can find the trailer for the film here: