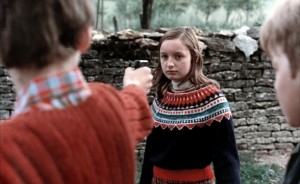 My Little Loves (Mes Petites Amoureuses) is a French drama written and directed by Jean Eustache. His second and last feature, stars Martin Loeb as an adolescent boy shunted from a tranquil lifestyle at his grandmother’s rural abode, surrounded by naïve and happy friends, to his long-absent mother’s cramped apartment in the city.

This study of minor events in the adolescence of a boy growing up in small towns sees Daniel taken out of school and sent to work as an apprentice in a moped repair shop. Daniel wiles away his time in the shop, and learns about girls from the other boys in town and at the cinema. When he returns to visit his grandmother next year, it is obvious that he has grown up much faster than his old friends.

In collaboration with Picturehouse at FACT