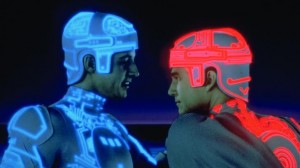 All screenings take place at 20.30

As part of our next exhibition, Science Fiction: New Death, 27 March – 22 June, we are very excited to be screening 12 of the best Sci-Fi films ever made.

Opening on 31 March with the original 1982 Tron, each Monday throughout April, May and June we’ll be showing a Sci-Fi classic on the big screen.

From 1972’s Solaris to cult classic 2001: A Space Odyssey and the critically acclaimed Moon, our Sci-Fi film season features unique stories that consider our futures, the ghost in the machine and how our lives are increasingly becoming more like Science Fiction.

In addition to our curated programme of screenings, we’re asking members of the public to select their favourite Sci-Fi films in a public vote and we’ll screen the three winners on 21 April, 19 May and16 June. Visit our website at www.fact.co.uk/SciFiselection to find out more about how to vote for your favourite Sci-Fi film.

Science Fiction: New Death is inspired by the work of J.G. Ballard, our story looks to the bleak, man-made landscapes of the future and asks: What happens when virtual environments become indistinguishable from reality?

For the full programme and to buy tickets please visit the FACT website at www.fact.co.uk/sciencefictionseason

5 May: The Double Negative presents: Alphaville

26 May: The Double Negative presents: Primer