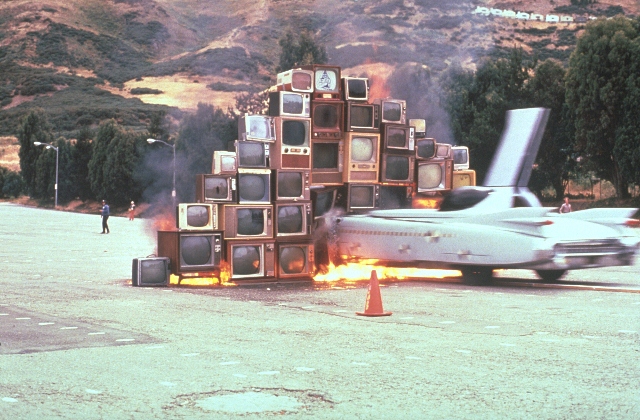 International artists and key figures join FACT for this day-long event of
discussions and live performances celebrating Channel 4’s Random Acts and
the history of artist interventions into television.

FACT is delighted to be producing this unique event in partnership with Channel
4, Arts Council England and the Liverpool Biennial. Taking Channel 4’s new
programming strand, Random Acts, as its starting point, Random Acts: Artist
Interventions into Broadcast will bring together artists and key figures to reflect on
the histories of artist working with the medium of television, from early broadcast
interruptions to contemporary approaches that have materialised since the dawn of
the internet and the rise of new media.

More of a celebration than a conventional symposium, Random Acts: Artist
Interventions into Broadcast will address how television must become an increasingly
shared and collective space for artist and audiences. New models of broadcast and
their dissemination into an increasingly networked culture will also be discussed.

We will welcome international speakers including Tabitha Jackson, Commissioning
Editor for Arts at Channel 4; Chip Lord, co-founder of multi-media collective
Ant Farm, who will be in conversation with John Hill of cross-platform collective
LuckyPDF; and artist Marisa Olson. Panel discussions will also take place with
Richard Billingham, Zineb Sedira, and Sarah Wood amongst others, and Arts Council
England’s Lucy Dusgate will join us to look at the future of artist interventions into
broadcast.

In the spirit of Random Acts, artist performances will also be taking place, including
Jeremy Bailey’s The Future of Television, a tele-presence augmented reality
performance, and IKAST project, which will perform an intervention by Ronald
Fraser-Munroe. Random Acts films will also be screened throughout the event.

“FACT is currently curating 25 three minute films for the Random Acts series with
Jacqui Davies Productions. The first ten films are stunning explorations of form, and
include such works as Dangerous Games by Marina Abramovic. While we can’t wait
to see them on the ‘box’ – we believe it is more important to remember that Random
Acts is more than traditional television. As Britain’s primary new media centre, FACT
is as much a platform as container, and to commission short works from significant
artists is a great opportunity to reach large and broad audiences with challenging
moving images in this televisual context.”