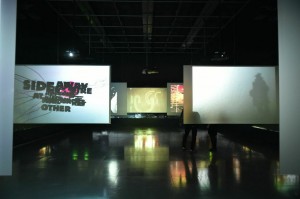 The digital revolution of the last decade has unleashed creativity and talent in an unprecedented way, with unlimited opportunities. But does democratized culture mean better art or is true talent instead drowned out? This is the question addressed by PressPausePlay, a documentary film containing interviews with some of the world’s most influential creators of the digital era. The screening will be followed by a panel discussion looking at the impact of the internet on Liverpool’s cultural life.

Part of the film programme for the Type Motion exhibition

FACT: The Art of Influence