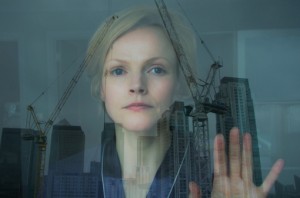 As part of the Picturehouse at FACT Discover Tuesdays series, Maxine Peake will be answering audience questions after a screening of her new film, Keeping Rosy, a new British thriller.

Charlotte is a woman who is completely defined be her career. All she wants from life is to be cut a slice of the business which she has devoted herself to building but the fragility of her perfect existence is exposed when she finds out that she has been betrayed in the boardroom. As her life disintegrates, we follow her on a heart-racing journey of self discovery, atonement and danger as she attempts to fight for her future.

Maxine Peake, best known for her portrayal of Veronica in Shameless, plays Charlotte with her performance being described as ‘outstanding’ and ‘superb’. After the screening she will answer questions from the audience about the film and her career.