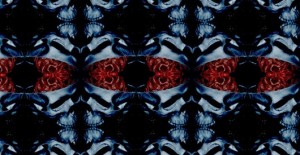 Gazelle Twin will be performing music from her critically acclaimed album UNFLESH (named the best album release of 2014 by The Quietus), accompanied by experimental video work featuring organic animation using materials such as clay, coal and meat. A seductive environment will be created in response to the Gazelle Twin’s album, which explores themes such as puberty, hallucination, anxiety and phobia.

Elizabeth Bernholz, the composer, producer and artist behind Gazelle Twin, often attempts to challenge traditional approaches to recorded music and live performance, and this event performance at FACT will offer a truly extraordinary way to experience live music.