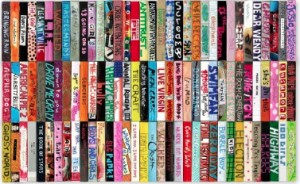 Picturehouse at FACT will host film critic and first time director Charlie Lyne next week when he brings his debut film Beyond Clueless to the city-centre cinema.

Lyne, known for film blog Ultra Culture, as well as his work as a columnist and writer for publications like Little White Lies, Buzzfeed, Vice and The Guardian, is currently touring the UK showing his Kickstarter funded documentary.

Beyond Clueless is a study of the teen movie revolution that happened in the ten years between the releases of Clueless in 1995 and Mean Girls in 2004. It’s part historical account, part close textual analysis, part audiovisual mood piece and part love letter, examining more than two hundred films released during this decade-long idyll, in terms of characters, themes and what they had to say.

Beyond Clueless is Lyne’s homage to everything that makes up the teen cinema genre: coming-of-age tales, rebellions, first loves and classic teen angst. The film is narrated by actress Fairuza Balk, whose career was made in teen centric films like The Craft and Waterboy, both of which feature in the documentary.

Empire Records, 10 Things I Hate About You, Donnie Darko, American Pie, She’s All That, and The Believer also make the cut.

Lyne will be here to screen the film and will take part in a question and answer session after the screening.