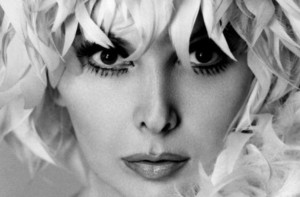 Directed by Sébastien Lifshitz, the film is a profile of Marie-Pierre Pruvot, an Algerian-born trans woman who had a long and prominent career as a dancer and showgirl in Paris at La Carrousel Du Paris in the 1950s and 1960s, under the stage name Bambi, (where she also met April Ashley MBE) before becoming a university professor. The film won the Teddy Award for Best Documentary Film at the 2013 Berlin International Film Festival.