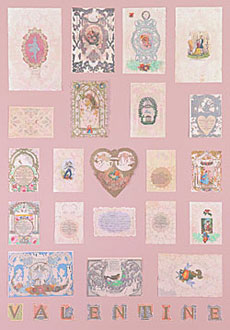 Godfather of British Pop Art’ Sir Peter Blake celebrated his 80th birthday on 25th June 2012; the year was peppered with projects and events to celebrate the occasion. His work crosses all generational divides, and inspires great respect from younger artists such as Damien Hirst, Gavin Turk and Tracey Emin. Knighted in 2002, and with his work represented in major collections throughout the world, Sir Peter Blake truly is a grandee of British Art.

Despite becoming an octogenarian, Blake is working as hard as ever.  2012 saw some very special highlights: Blake designed a new look for the Brit Awards statuettes, he was the first patron of the John Moores Painting Prize 2012 (having won the junior section with his painting Self Portrait with Badges in 1961), he created a portrait of the Queen in celebration of the Golden Jubilee for Radio Times, and he created a permanent art installation at Gatwick Airport: The London Collection is a series of twelve digital prints on canvas welcoming visitors and home-comers to London.  2012 also saw the release of Vintage Blake  to commemorate his 80th birthday, the work features a magic crowd full of the key figures from his career and personal life, including David Hockney, Damien Hirst, David Bowie, Gary Oldman, Eric Clapton, Ian Dury and many more.  A cheque for £10,000 – raised from pre-sales of Vintage Blake – has been presented to Kids Co., Sir Peter Blake’s preferred charity.  As well as all of this, Blake also continues to work on his oil painting of St Martin that has been commissioned for the Knights Bachelor Chapel in St. Paul’s Cathedral (the first new artwork commissioned at St Paul’s since William Holman Hunt’s The Light of the World).

Sir Peter Blake’s limited edition prints have been shown regularly at Editions and we are lucky on Valentine’s Day to be exhibiting a range of recent and rare prints, including L is for Love and V is for Valentine from his 1991 Alphabet series, as well as prints from his Legends and Replay series.