A new show by Peter Cameron is always something to look forward to. We love the strong narrative in his pictures. They are full of extraordinary places and people who look like they have stories to tell.

Working in pastel, he captures the vibrancy and eccentricity of his subjects in a blur of movement and colour. Dancers and musicians, as usual, feature as the main characters, placed in Liverpool locations with the occasional sinister visitor. As ever, his works show great confidence in draughtmanship composition and use of colour.

Peter has had Parkinsons for some time now, but has learned to harness the symptoms to his advantage ….a degree of right side failure has led to more use of the left hand and the linear shaking can be utilised especially well using pastels. His work seems looser but more vibrant retaining all of its energy and rhythm.

Peter didn’t take up painting until he was forty but his skill and talent as a painter is widely recognised. In 2007, Peter won the The Alex Prowse Website Award for Pastels. The award, is given to artists whose work shows notable originality and good technical skills.

He has exhibited extensivesly and sold work to Stephen Tumin and Michael Palin and has a loyal following in the northwest. He was the winner of the first Liverpool open art award held at Editions which resulted in a solo show at the gallery.

Peter is regularly exhibited at the The Mall, Whiteley’s and other prestigious London galleries. This is now Peter’s third solo show at Editions and promises to be as exciting as ever. 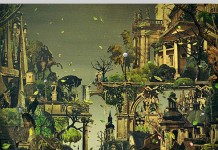