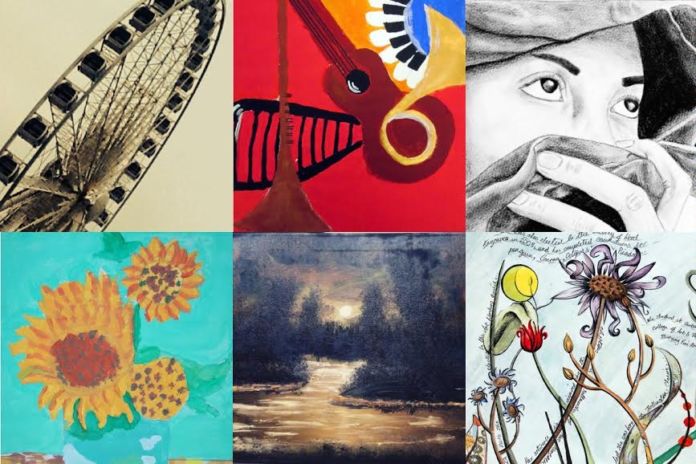 NOTE: The dot-art Schools Exhibition 2015 has been extended!
From the 1 – 30 July 2015 you will be able to see all the work from the show at Lime Street Lower Level Station.

The third annual dot-art Schools Exhibition, showcases work by talented school children from across the Liverpool City Region, including winning art works from around fifty year 6 and year 9 pupils.

dot-art Schools was launched in 2012 and is designed to nurture talent and raise ambition by taking art out of the classroom and into the real world. This year’s art competition attracted around 50 primary and secondary schools from the region and we are very pleased to be partnering with the wonderful St George’s Hall to bring the winning artworks to a wide audience. Over 20 schools are getting involved for the very first time, alongside 30 schools returning to the dot-art Schools programme for the second or third successive year. The diverse range of schools includes local authority maintained, independent, and church schools, as well as residential and special schools from across Liverpool, Halton, Wirral, Sefton, Knowsley and St Helens.

Schools initially submitted up to 25 student works back in February. The artwork was then shortlisted by a panel of judges featuring representatives from Tate Liverpool, the Walker Art Gallery and Metal Culture; who selected their top three entries from each school ready for the public vote. During April, students, teachers, families and the general public were encouraged to vote online for their favourite piece from each school.

The piece of work with the most votes from each participating school will now be part of the exhibition at St George’s Hall. Before the opening event, guest judge Susan M. Coles will choose the overall winners and runners up for both primary and secondary.  Susan is known to many art teachers as the President of the National Society for Education in Art & Design in 2014 and Secretary of the All Party Parliamentary Group on Art Craft and Design Education.

On Thursday  4th June two very special prize giving events will take place in the stunning surroundings of the Concert Room of St George’s Hall, where each shortlisted student will be presented with a certificate by the Lord Mayor of Liverpool. In addition the overall winners will be announced and prizes awarded. 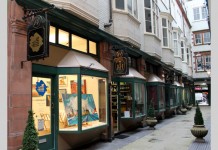 Dot Art – Memoirs of a Pedestrian

Dot-art – ‘Learn to Drive and Everything’ An Exhibition by Howard...