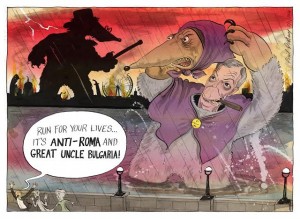 12-6pm Monday to Friday or by appointment (see below)

Phil Disley is acknowledged as one of Britain’s foremost Illustrators and cartoonists. Born in Liverpool in 1971 Phil came from modest beginnings with his first illustration in the ‘Big Issue’ in 1993. Since then, his work has regularly appeared in such esteemed publications as The Times, The Independent, The Telegraph, The London Evening Standard, Esquire, Tatler, Classic FM, Ace Tennis and Marketing Week. At present Phil’s work can be seen in The Guardian, Financial Times, The Spectator and GQ Magazine. Oxford University Press has commissioned Phil’s illustrations for many educational publications with Harper Collins and Little Brown Book Group engaging him for several book covers. Phil’s longest established column, spanning fifteen years, is for the multi-award winning Financial Times publication ‘How To Spend It’ entitled ‘Wry Society.’

Recently Phil embarked upon collaborations with LFC players Steven Gerrard and Luis Suarez, setting himself the loose brief of ‘You’ll Never Walk Alone’. Phil had the idea of using player foot-prints as the basis for the images, literally letting the player’s feet do the talking!

All work is for sale.