‘Inner Worlds’ by Reinhold Kaminski. from 6 December 2008
A powerful collection of paintings and limited edition prints that reflect the inner turmoil that comes in seeking self-definition. These compelling images of the struggle for inner-freedom are complemented by philosophical exploration of this subject in the Catalogue.

These early works have not previously been exhibited, but Gallery owner Felicity Wren saw them in private while travelling in Germany and has been successful in reflecting the Capital of Culture focus on international linkages by bringing this ‘first’ to end the Domino Gallery exhibition year.

The Artist
Reinhold Kaminski, artist, musician and philosopher comes from a long line of similar talent of the same name. He spent early years in the Pfalz region of southern Germany where priorities are good wine, good food, and singing. Having toured Europe in his journey of self definition, Reinhold returned to settle in the capital of Rheinland Palatinate in Mainz located close to Frankfurt, where he is widely known for his music and art. Reinhold was recently featured on German television and is becoming more widely known outside Germany, with recent exhibitions/performances in Ireland, Spain, Croatia, Portugal and the south of England. 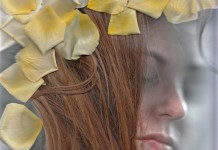 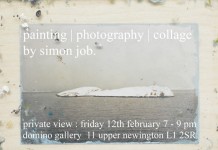 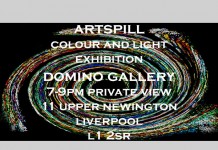 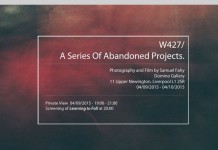 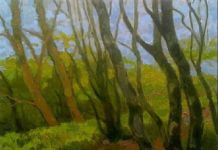