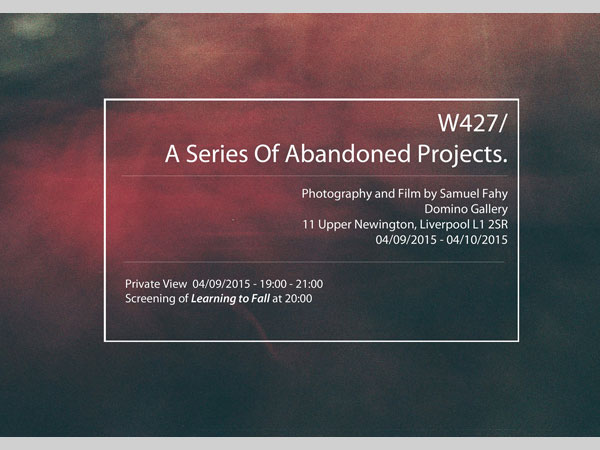 “All of the images in the exhibition come from mid to later 2014, a period of working intensely on several “projects” at the same time.

After new year a lot of these projects were pretty much abandoned and the process of putting on the exhibition has been one of reflection – Trying to understand my intentions at the time and perhaps why I gave up on so many things in this period.

Upon reflection I would say the main two themes of the exhibition are loss and control.” – Samuel Fahy

Domino: A Ghostly Date with Dickens

Domino – ‘Before Their Diaspora’