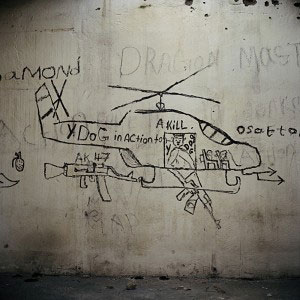 13 May – 17 June 2011. Eleven LOOK11 Photography exhibitions at CUC Liverpool
Photography as a “call to action” is the central theme of LOOK11, the first photography festival to be staged in Liverpool.
Open: Tuesday – Saturday 11am-6pm, Sunday 11am-4pm. Free Entry

‘Collateral Damage’ explores images associated with atrocity that do not depict the actual act of violence or the victim itself, but rather depicts the circumstances around which such acts occurred. Images of atrocity are deeply problematic, in that they potentially create a tension between form and content and are often accused of re-victimisation, aesthetisation of suffering, compassion fatigue and exploitation. A group show, curated by Paul Lowe and Harry Hardie, with images by Simon Norfolk, Tim Hetherington, Zijah Gafic, Paul Lowe, Edmund Clark, Lisa Barnard, Ashley Gilbertson, Adam Broomberg and Olivier Chanarin, Brett Van Ort, Mishka Henner.

In ‘Voices’, graduates from the Documentary Photography MA course at The University of Bolton explore the capabilities of social documentary photography by engaging with some of the important social issues in current society such as migrant workers, the decline of manufacturing and marginalised communities.

Mohamed Bourouissa’s photo series ‘Peripherique’ stages moments of tension and explores the power relationships which exist within the ghetto-like suburbs of Paris. He describes the work as an ‘emotional geometry’, when anything or nothing could happen.

In Zanelle Muholi’s, ‘Faces and Phases’, passion meets purpose in this body of black and white portraits. She aspires to see black queers receive the same recognition and basic human rights as heterosexuals and to give a voice and put a face on their plight.

Images by Ed Burtynsky
The Crypt

In May 2010 when BP’s Deepwater Horizon well began pouring millions of barrels of oil into the Gulf Ed Burtynsky traveled to the site to capture the disaster as it occurred and he recorded images of apocalypse unfolding. Alongside the ‘Oil Spill’ are the haunted images of the dismantled ships of Chittagong Delta of Bangladesh. 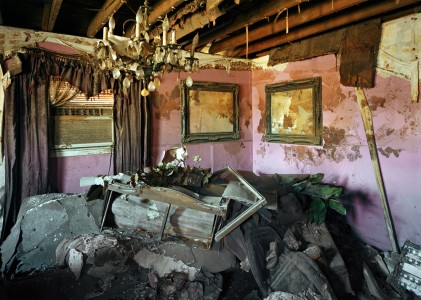 New Orleans After the Floods – Robert Polidori
The Crypt

In ‘New Orleans After the Floods’, Robert Polidori documents the 2005, Hurricane Katrina disaster with images of biblical proportions that continually challenge our sense of how the world is supposed to look: everything is a collage of random disorder. Nothing is where it should be.

The Drift – Ian Beesley
The Crypt

Based around Hay Royds Mine, one of the last working pits in the Yorkshire coalfield, ‘The Drift’, Ian Beesley captures the atmosphere of working underground, the claustrophobia, and the physicality. The work comes together to explore the contrast between light and dark commenting on issues still relevant today around labour shortages, ageing machinery, and, for the miners, a back-breaking, hour long walk to the coal face.

Nick Hedges has been a documentary photographer for nearly 40 years and in his 1976-77 series ‘I’m a Believer – Religion in the West Midlands’, he reflects a far more thoughtful and constructive response to the issue of Islam than is usually portrayed in the media.

Images by Ali Tapik
The Crypt

From ‘Cities on the Edge’, Ali Tapik displays 4 striking singular large scale portraits, 2 from Liverpool and 2 from Istanbul. He finds environments in which he feels that people are comfortable and can connect with and the ever changing nature of a city’s history.

Images by Sandy Volz
The Crypt

Sandy Volz explores the social significance of pub culture in Bremen and Liverpool with 4 pieces that explore the different physical materials, symbols and cultural codes of the 2 cities.

CUC – Art From A Bag