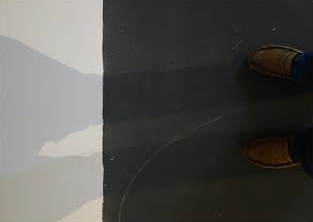 This exhibition is a conclusion of and reminiscent of Dy’s several previous local installations and 2013 major solo exhibition at the Cultural Center of the Philippines entitled Testimony of What Remains.

Instead of exploring the notion of “mortal remains and eternal realities” gathered from others—pilgrims, parishioners, and the public, Dy turns inwards as he grieves the loss of his father.

Like Bill Viola who confronted his mother’s death through video installation or Tracy Emin who enshrined memories of dead relatives through framed memorabilia installations, Dy collates video, photographs, and other objects taken from his journey home to Medina, Misamis Oriental, where his father was waked and buried earlier this year. These objects are installed in a dimly lit studio punctuated with strips of LED lights or suspended globe bulbs suggesting either the trail of shadow left by reality of death or the hint of light by the drive to live.

As the title suggests, viewers are invited to embrace the walk through the valley of the shadow of death and importantly, not avoid bearing witness as bystander to important emotional realities that challenge us all in our lifetime.

Walking through the Valley of the Shadow of Death is a documented journey that attempts to reconcile the reality and mystery of death and grief in everyday life. Dy’s journey has become an allegory in harnessing the potential experience of art and of death to apprehend the absence of a presence, of the deceased through personal and social rituals of mourning the dead in contemporary times. 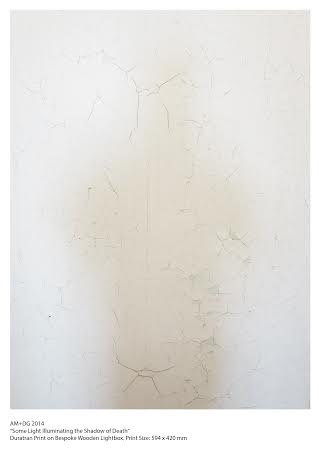