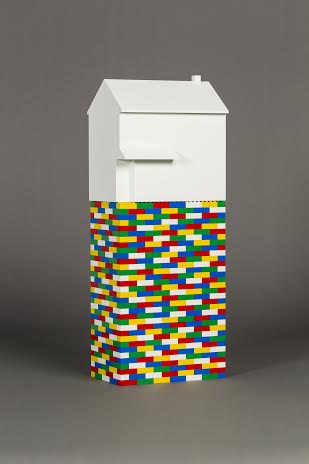 Please note that the Gallery will be closed over the Easter period from Thursday 17 to Tuesday 22 April 2014.

The Object Project (also known as At Home with Art in Everton) began almost one year ago with collaborating artists Lin Holland & Jane Poulton working with seventeen households from the West Everton Community Council on a participatory research project.

The aim of the project was to build a dialogue between the artists and residents wherein they could collectively explore how objects become meaningful in the lives of their owners and what role three-dimensional contemporary art might have in domestic spaces.

The artists visited each household where the project participants revealed their significant object and explained how it had accrued its meaning.  The portraits, objects and stories were recorded, creating an archive of intimate heritage. Seventeen new artworks have been made by Holland & Poulton in response to this exchange and these will be exhibited, along with photographic images documenting the project.

There will be an official exhibition opening speech at approximately 18.20 on the night of Wednesday 26 March and this will be followed by a short live performance in the Gallery space. This performance is a one night only event.

The Cornerstone Gallery: These Are Not…

The Cornerstone: Flight to Arras

Cornerstone – Jane Hughes ‘A year in the life of the...