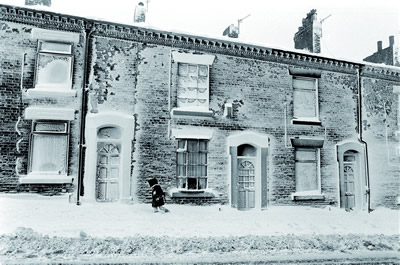 The Cornerstone Gallery is proud to present an exhibition of photographs by the renowned press photographer Don McPhee.

Don McPhee (1945-2007), ranged Britain and far beyond from the Guardian’s Manchester office for 36 years, producing pictures illustrating his sharp-eyed view of the world.

When Manchester Metropolitan University awarded McPhee an honorary degree in 2000, a senior academic said: “Don’s work forms part of our collective memory and is as much part of our modern historical recollection as any other record or document.”

This exhibition includes iconic news pictures, portraits of politicians and affectionate shots of the people of the north.

The Don McPhee collection compiled by McPhee’s former colleagues with the help of the Guardian, has recently been donated to Liverpool Hope University and now forms part of the University’s permanent Art Collection.

The Capstone – Contemporary British Silversmiths – SIDE x SIDE –...