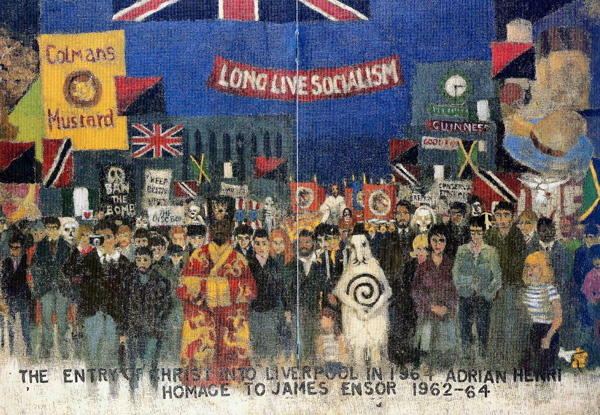 In his obituary for the Guardian in December 2000, Mike Evans described Adrian Henri as a “Prolific painter and poet famed for communicating the delights of popular culture” He was respected internationally as a communicator in a career that spanned over forty years. His influence and inspiration were felt across the continents whose cultural histories he himself drew on.

By kind permission of Catherine Marcangeli, The Cornerstone Festival is pleased to exhibit a selection of Adrian Henri’s work. The exhibition brings together Adrian’s interests, fascinations and loves over the last forty years in particular his interest in the foreign locations he visited of which New York was one.
THIS EXHIBITION WILL BE IN THE GRACE ROOM

Catherine Marcangeli will be discussing the poetry and painting of Adrian Henri, in conversation with Prof Stephen Pratt, in the Grace room at 1pm on 1st December 2008.

Cornerstone Gallery: The Object Project: At Home with Art in Everton