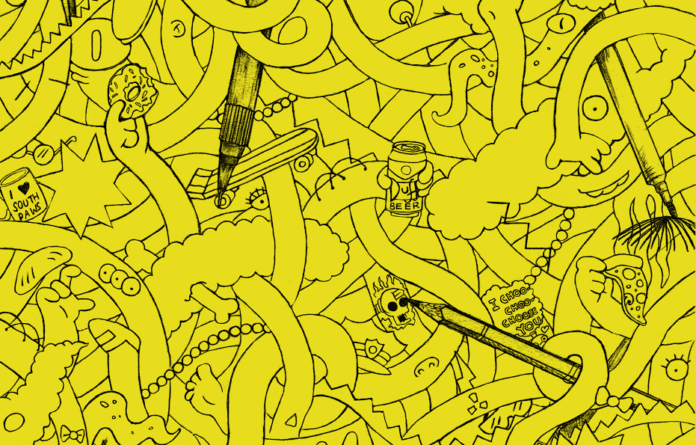 Constellations, the new events venue in Liverpool’s Baltic area, will launch their maiden voyage into the North West’s arts scene with a Simpsons sensory overload.

Flavours and aromas from the Lard Lad Donut stand, high energy pop music from Organ Freeman and giant murals by Ria Fell and Katie Craven will all set the scene for what will result in the largest shortage of yellow and blue paint the North West has ever seen.

In No Homers Club you will find all kinds of interactive activities and artwork to please passing Simpsons enthusiasts and the biggest cult fans.

Computer Games Designers, Foodies, Musicians, Tattooists, Costume Designers, Face Painters, Artists, DJs, Writers, and even an Embroiderer will all pay tribute to the best television show ever made.

On 18 April there will also be screen printing workshops and a print fair on 19 April where the No Homers Club artists and some of Liverpool’s finest crafters will sell their work. There’ll be zines, comics and some amazing art on sale.

Constellations: Above the Surface by Love ArtUk and Native Eye