This exhibition features the work of thirteen contemporary artists who explore perspective, unconventional viewpoints and spatial relationships through their art practice.

The spaces that we inhabit, navigate and experience daily are considered here, from the Brutalist architecture of Denys Lasdun’s buildings and the interior walls of the Chapel Gallery itself, to the untamed landscapes of Wales and an expanse of tumultuous sky. Through the use of perspective lines and planes, not only are these spaces represented but the way in which we engage with them is also explored.

Artists such as Sarah Jane Richards and Kevin O’Connor are interested in the way in which the illusion of three-dimensional space is developed within the two-dimensional picture plane.  Similarly, Peter Wylie and Stuart Jones use dynamic perspective lines to describe the towering immensity of much urban architecture while Paul Cousins re-directs our point of view upwards, across billowing cloudscapes or down, through the clouds, to towns and cities made miniature.

Although different in tone, the Surrealist quality of ‘the Uncanny’ is perceived in both Ulrich West and Jacki Storey’s work. They both exploit the sense of unease generated through distorted perspective in the creation of their strange interiors. Similarly, Shona Davies and David Monaghan’s collaborative piece Lost Horizons creates a sense of disquiet by positioning the viewer as an illicit voyeur, peering at the scene through various viewpoints and warped perspectives.

The three dimensional work of Suzanne Jones and Chris Williams add a further element to the show with their explorations of perspective and the resonance of negative space between objects. Tom Baskeyfield too, considers negative space in his exploration of the natural landscape while Barbara Matthews’ work draws on the powerful forms found in nature.

The result is an exhibition that makes the familiar unfamiliar and asks us to look again at the structures and landscapes that surround us. 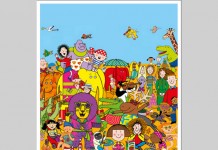 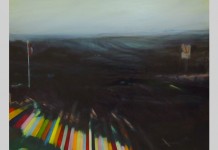 Chapel Gallery: Into The Wilderness 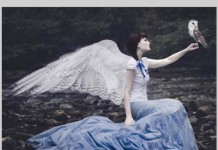 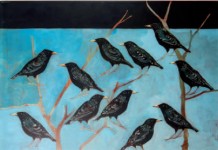 Chapel Gallery: The King of Cats 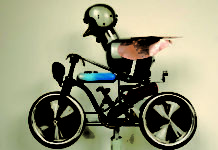 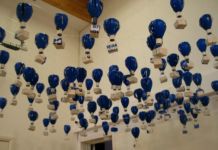