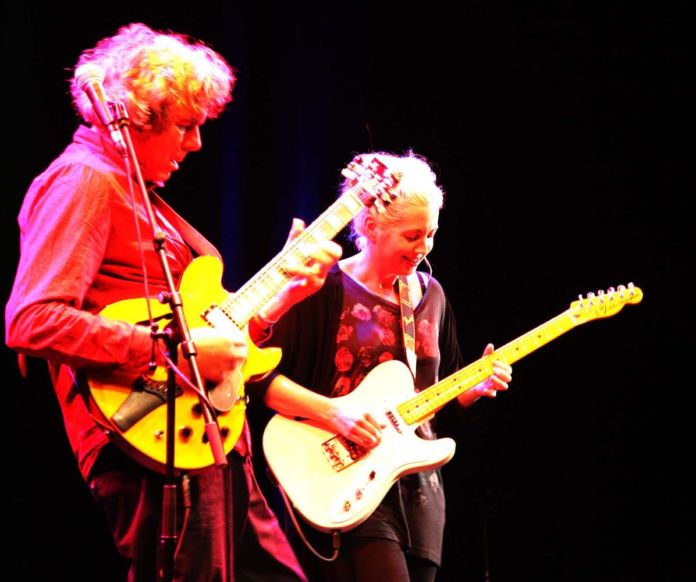 John Etheridge is one of the world’s most respected guitarists and his music spans a myriad of styles and influences. He was the guitarist for the celebrated jazz violinist Stephane Grappelli and he has also performed with: Soft Machine, Pat Metheny, Andy Summers, Nigel Kennedy and is currently in a duo with the eminent classical guitarist John Williams. This is a rare opportunity to see John performing a solo concert, which features tracks from his highly acclaimed album I didn’t know.

“I never wanted to be a star, just a highly respected musician like John Etheridge.” Sting – The Guardian

Kit Holmes “Macy Gray meets Nick Drake” said The Observer – Kit’s trademark sultry vocals and virtuoso guitar playing have wowed audiences across the UK through extensive touring. Her blues-driven roots with a soul sensibility have guaranteed her three headline shows at the International Guitar Festival. Kit’s fourth album, You Took The Blues will be released in September.

John and Kit will be giving a 45 minute Pre-show Guitar Workshop for all abilities at 6.15pm