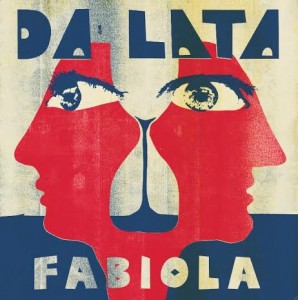 Throughout the city centre, Williamson Square

The very best of Brazilian music and culture comes to the streets of Liverpool again this year, with a huge host of top bands and artists performing when Brazilica Carnival Day takes over the city centre, rounding off a week-long programme of festival events. As well as a fantastic evening parade which will fill the city’s streets with colour, sparkle and music, Williamson Square will for the fourth year running, host a music stage throughout the day and evening.

Da Lata, the 2013 Lukas Award winners for Brazilian Act of the Year, will be headlining this year’s festival on the main Williamson Square stage. Audiences can enjoy their exciting Afro-Brazilian sound and this year marks the 20th anniversary of this 7-piece band which is led by Chris Franck & Patrick Forge with Brazilian Jandira Silva on vocals. Having re-ignited after a 10-year hiatus, the group have gained critical praise and re-established their reputation for blowing audiences away after their long awaited new album Fabiola was released last year.

Expect a high energy performance as Ziriguidum will be performing plenty of modern Brazilian Carnival music. The group, which can number from 15 to 40 musicians will be joined by renowned singer Fabio Allman, frontman for Rio superstars Monobloco who are featured on the official 2014 World Cup song The World Is Ours. Fabio, a showman used to performing all over Brazil to 100,000 people a time and Ziriguidum who are part of the Carnaval Transatlantico project – performing at some of Rio de Janeiro’s most prestigious music venues, come together with a very special performance.

Taking audiences on a musical journey to the heart of samba, Sambatuc return to Brazilica after they stormed the show back in 2010’s festival. Consisting of forty dancers and percussionists the group bring the pure energy of samba all the way from Paris to the main stage in Liverpool.

Rounding off this year’s incredible line-up is the North West based bossa nova band Marissa. This 5-piece band, fronted by singer Marissa Camacho will be performing an exciting set of classic, original and new bossa styles.

Samba schools from around the UK who are visiting the festival and participating in the parade will also appear on stage throughout this scorching spectacle of samba.

Be sure to get down to Williamson Square on Saturday 19 July for a real carnival bloc party in the heart of Liverpool!