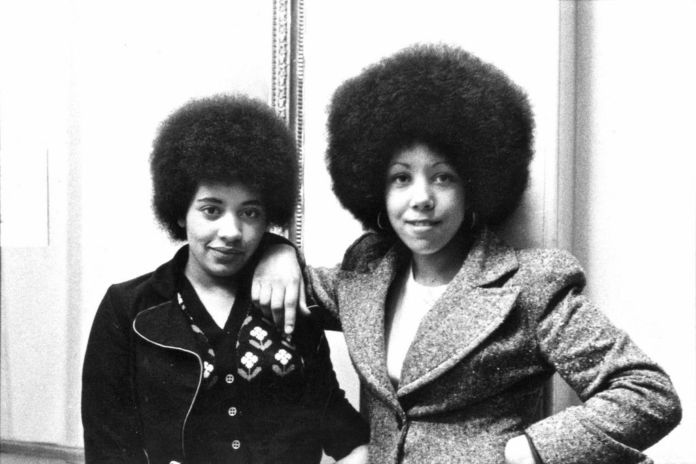 Taken by photographer Tricia Porter a decade before the area was in the media spotlight following what was dubbed the Toxteth Riots in 1981, these evocative black and white images paint a vivid picture of everyday life in Liverpool 8 at a time when its tight knit communities were being fragmented by significant inner city developments.

The project came about when Porter met her future husband David, then a student at Liverpool University. He was keen to document the changing community, and Tricia joined him to photograph the people they met.

The couple were welcomed into the area, and gained the trust of the residents who allowed them access to their lives, businesses and homes. The resulting images, which will go on show as part of the LOOK/15 international photography festival, give a thought-provoking insight into everyday life in L8.

The series Bedford Street, Liverpool 8 (1972) focuses on residents in their homes, at work or out and about in the area. They include well-known characters, such as social campaigner and local councillor Margaret Simey and eminent Liverpool sculptor Herbert Tyson Smith at work in his studio at the Bluecoat. In Some Liverpool Kids (1974), young people predominate, going about their daily lives in their homes, schools, clubs, shops and streets.

Taken together, these two series offer an affectionate portrait of this multicultural area and its people, from children playing on Windsor Street to families at home and drinkers in the pubs.

The exhibition is complemented by an illustrated publication containing essays by Tricia Porter, Bryan Biggs and Kevin Davies, who appears in the photographs as a young man.

Also showing as part of the LOOK/15 festival is Xavier Ribas: Nitrate, the first major solo exhibition in the UK by Barcelona born photographer Xavier Ribas, and the winner of the seventh annual Liverpool Art Prize, Tabitha Jussa, with Memorandum of Understanding.

The Bluecoat: Juxtavoices – a concert celebrating the creative voice

Music at the Bluecoat

the Bluecoat: Art of the Lived Experiment Conversation