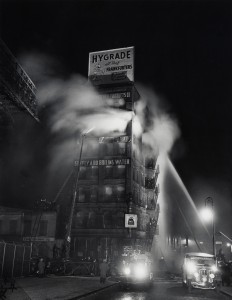 In collaboration with Amber/Side, Newcastle, we present classic works by August Sander (1876-1964) and Weegee (1899-1968), two of the 20th century’s greatest photographers. Despite his precise methods, Sander created extraordinarily sensitive portraits, an encyclopaedic and haunting document of 1920s and 30s German society. Prolific newspaper photographer Arthur Fellig, nicknamed Weegee, is known for photographs of 1930s and 40s New York. A stark counterpoint to the American Dream, his work had a formative influence on the nation’s image of itself.

Member of Amber Film & Photography collective for many years, writer Graeme Rigby is involved in the development of access to its archive, from which the August Sander and Weegee works have been loaned.

Bluecoat: Left Hand to Back of Head, Object Held Against Right...

The Bluecoat – Trap: The Matterhorn