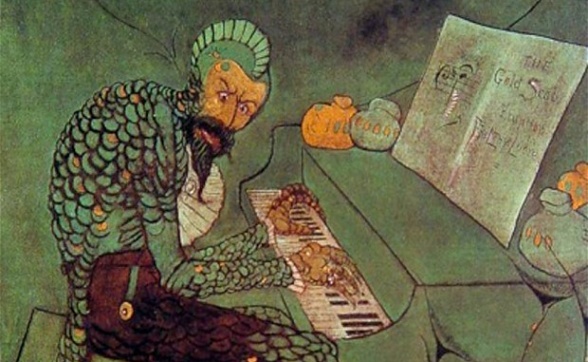 Whistler’s famous court case with John Ruskin is brought to life in this illustrated talk with Paul O’Keeffe.

One of the most influential figures in the arts of the nineteenth-century, Whistler played an important role in paving the way for abstract painting, but was also the first to consider the exhibition space as a total environment, creating colour schemes and arrangements that on one occasion extended to the yellow clothing worn by the gallery attendants. Equally concerned with the way his art was received, Whistler was active in directing conversation around his work, and about art at large. For example, in 1883 he used derogatory reviews of his work as captions for an exhibition of etchings, and in 1878, he notoriously sued the prominent critic John Ruskin, who had accused him of metaphorically ‘flinging a pot of paint in the face of the public’. This well-publicised trial was a perfect moment for Whistler to raise very contemporary concerns about art’s relationship to realism. The action also forced his detractors to take a public stand, and explicitly situated art as a matter of public concern.

The Bluecoat – The End of the Line: Attitudes in Drawing