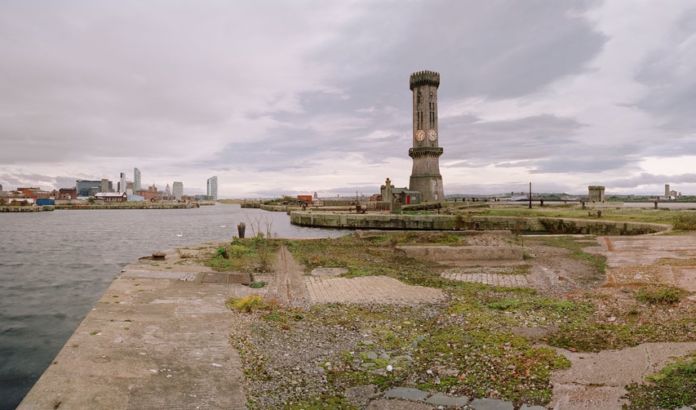 A solo exhibition by Tabitha Jussa which was awarded as part of her 2014 Liverpool Art Prize win.

Focussing on social planning, Tabitha Jussa’s artwork contrasts Liverpool with the burgeoning city-wide developments of Shanghai – Liverpool’s twin city which she visited in 2012. The exhibition presents atmospheric panoramic views across each cityscape while reflecting on the different pace of change in each country and region. Each large scale photograph consists of between 10-50 individual negative images, composited together digitally to create a newly constructed view of each place.

The work follows on from the exhibition she presented at the Liverpool Art Prize at Edge Hill Station in May 2014, looking at different examples of social housing across Liverpool. This exhibition explores more widely the different perspectives of planning and development in other major cities.

Find out more at www.metalculture.com/projects/tabitha-jussa

The Bluecoat: The Negligent Eye