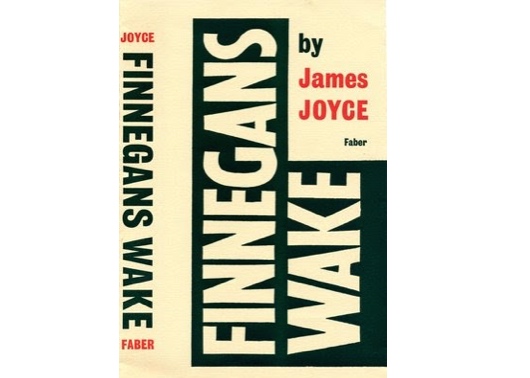 Finnegans Wake is considered to be among the most challenging works of the English literary canon, but those who enjoy the book consider it to have many accessible elements, not least the power of its resonant sounds, when read aloud.

This exploration of Finnegans Wake is presented to coincide with Joyce’s birthday on 2 February and the Bluecoat’s current gallery exhibition Listening.

Dr. Frank Shovlin, Senior Lecturer of Irish Literature in English at the Institute of Irish Studies, University of Liverpool will consider Joyce’s motivations in writing Finnegans Wake, and will examine the ways in which the book irked so many readers and lost Joyce several old friends and allies.

Stephanie Greer, accomplished actor and graduate of Bretton Hall, will read three passages from Books One and Two of Finnegans Wake. Her performance will frame a discussion about the night-time themes of the book.

Paul O’Hanrahan presents a performance using extracts mainly drawn from the opening and closing books of Finnegans Wake, animating the many sides of Anna Livia Plurabelle. Anna Livia, or ALP, is wife of Humphrey Chimpden Earwicker and mother of Shem and Shaun, but also a hen and a washerwoman. Above all, she represents Dublin’s River Liffey as it travels from source to sea.

Harrowing the Heaventalk: Five Embodiments for Voice (after Finnegans Wake)

Steve Boyland, improvising vocalist, performance artist and international voice teacher takes fragments of Finnegans Wake and creates new relationships within and between words, syllables and even letters,  ‘harrowing’ the language as it is turned over and looked at from new perspectives.

Nathan Jones presents a circular re-reading of the final and first chapters, working with the book’s status as a Mobius Strip with neither beginning nor end.  Using methods such as spell-check and autotranslate to glitch-redact this most fluid of texts, Nathan discovers a highly personal and modern lyric in its eddies. The work engages with previous avant-garde textual operations on Finnegans Wake, such as John Cage’s ‘mesostics’, but in response to today’s convergence culture, uses the occasion of the re-reading to plug the book into a networked contemporary pulp literature and auto-fiction.

The Bluecoat: Draw Your Heart Out- Drawing From Live Performance