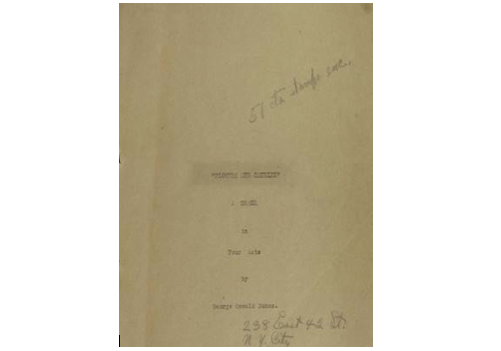 George Garrett (1896-1966), Merchant Seaman, Radical and Writer, was a founder of The Unity Theatre. Following on from the successful production of Garrett’s first play, Two Tides in May 2014, Writing On the Wall are staging a rehearsed reading of his second play, Flowers and Candles. Written in 1925 while Garrett lived in New York under the pseudonym George Oswald James, Flowers and Candles follows the fortunes of the O’Prey family in a tense drama set in their New York tenement. There will be a post-show discussion with George Garrett Archive Project organisers Mike Morris and Tony Wailey, on the links between Garrett’s work and that of his hero, American-Irish Pulitzer prize winning playwright, Eugene O’Neill.

the Bluecoat: The Lowry Lounge