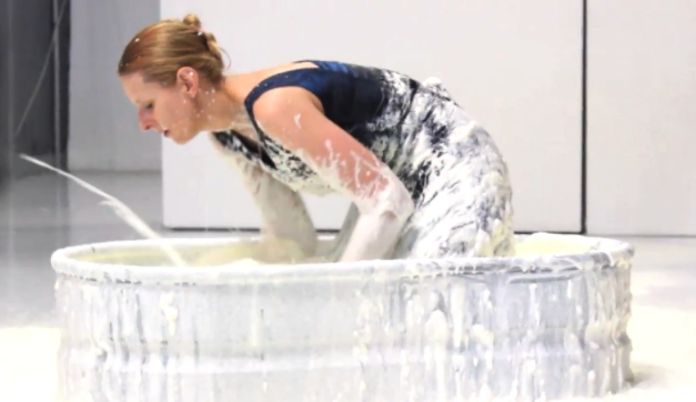 Conceived by DaDaFest, curated by Aaron Williamson and delivered in partnership with the Bluecoat, Liverpool.

The exhibition addresses the idea that both art and life are in a state of continual change and uncertainty. Its starting point is the practice of alchemy, taking its magical, transformative and experimental associations as a template with which to consider practices employed by contemporary artists.

Containing 9 new commissions, 6 reworkings of earlier pieces adapted especially for the exhibition and 28 artists from the UK and abroad, Art of the Lived Experiment will include sculpture, film, installation, painting, prints and performance works. Also included will be artifacts relating to the lives of Isaac Newton, Franz Kafka and Jonnie Ray. Serious yet playful, it responds to themes pertinent to the disability festival and the lives of us all, such as subjectivity, the everyday, transformation and experimentation.

New works include Gold Lamé by Tony Heaton – a souped-up Invacar (invalid car) transformed into a shiny gold bauble; a durational performance by Brian Catling throughout the opening week of the exhibition; and Simon Raven’s Headspinners mannequin installation facing out onto a busy shopping street through the gallery’s huge windows. Australian Mike Parr is traveling to Liverpool to create new prints for the exhibition.

Reworks include a film about the vacuum cleaner’s self-made mental health institution, Ship of Fools, Katherine Araniello’s video of her negotiating the cobbled streets of Liverpool’s Albert Dock in her wheelchair and Juliet Robson’s exploration of radically different perspectives using tape markings on windows.

The exhibition will also include an introductory ‘Ignition Room’, presenting an eclectic range of historical artifacts that contextualise the exhibition and illuminate its themes, demonstrating how historical figures adapted to their environments. Items here include a 19th Century acoustic chair – possibly the world’s first hearing aid chair, illustrations from alchemical text Mutus Liber, a gold disc and hearing aid as worn by 1950s singer Johnnie Ray, and alchemical diagrams by Issac Newton. Other figures represented in this room include Sarah Bernhardt, Jack Smith and Franz Kafka.

The exhibition is part of DaDaFest International 2014, the twelfth edition, which is also entitled ‘Art of the Lived Experiment’ and takes place 8 November 2014 – 11 January 2015 in venues across Liverpool and the UK. The festival presents a breathtaking array of high quality disability and Deaf arts from around the world, which will challenge thinking, ignite debate and celebrate disability culture – with comedy, music, dance, and visual arts – something for everyone. Highlights include: a performance by Staff Benda Bilili, a new show by comedian Laurence Clark, Krip Hop Nation and a congress on disability culture and human rights. The festival will also include a multi art-form programme telling the story of the radical Liverpool-born slavery opponent Edward Rushton.

the Bluecoat: Art of Living the Experiment

the Bluecoat – Airports for the Lights, Shadows and Particles –...