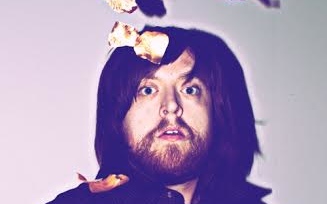 Add some live music, food and drink and the School Lane arts centre becomes the perfect place for those wanting a blissful alternative to the city’s big summer events. This August, the Bluecoat hosts music in its garden on five days, across three events.

Influenced by the sounds of Cuba, Havana Sugar Kings bring their unique brand of Buena Vista country meets doo-wop to the Bluecoat. And with a rum bar in place, the evening promises to be a fun night of Caribbean culture.

Led by singer-songwriter Edmund Cottam, The Gildings evoke the melodic wit of Belle and Sebastian. Characterised by deep baritone vocals and poetic lyrics, Cottam’s balladry showcases his genuine otherness, disassociation with trends, and an entirely private world that lurches between the exquisite and the violent.

The garden will be filled with live acoustic sets from the very best of local talent. Bands include The Big I Am – a duo from Liverpool featuring singer-song writers Colin Heaney and Peter McPartland. The pair were described by BBC 6 Music’s Tom Robinson as sounding like Peter Gabriel jamming with Steve Reich.

Following a two-year break, grass roots festival Above the Beaten Track returns to the Bluecoat to shine a light on the city’s cultural underground, showcasing live music, DJs, artists, makers and audio-visual extravaganzas. Plus displays including a retrospective look at Mellowtone’s flyers and gig posters from the Bluecoat archive.

the Bluecoat – The Print Studio

Bed-In at the Bluecoat

the Bluecoat: To Hell with Culture: A film by Huw Wahl